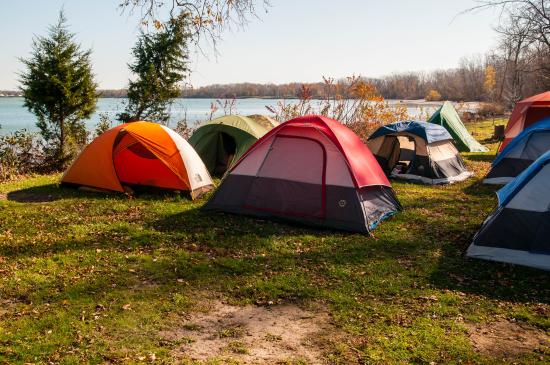 It’s never too early to start planning a camping trip.  Maine’s Parks are taking reservations now for the 2017 camping season.  Here’s what you should know about group camping on Maine’s public lands before you reserve your space.

Things to know before you go

The Bureau of Parks and Lands recommends reserving group campsites in advance, as well as group picnic areas and shelters.  A group is considered 7 or more people.  Don’t bring firewood from outside of Maine- buy it where you burn it, and help keep unwanted pests and diseases out of Maine.  Group camping fees are $50 to reserve a site (non-refundable), $50 per night for up to 10 people, $5 per person, per night for each additional person beyond 10, and an additional 9% Maine lodging tax.  Reservations for the 2017 camping year start February 1st at 9 a.m. for each location.

Where you can camp with a group in Maine

Warren Island State Park – Three large tenting campsites accessed by boat only.  Located on 55 acres, each site is for up to 16 people with a combined maximum capacity of 50 campers.  Each site has a fire pit, picnic table and outhouse.  Bring your own kayak, canoe or boat.  Call (207) 941-4014 for reservations.

Good times are ahead

Gather the gang, check your calendars and start planning your summer group camping adventure.  The early caller gets the best campsites!

About the Author: Angela Quintal-Snowman

Angela enjoys exploring the many beautiful and unique natural places in Maine and sharing her outdoor experiences with others. When not out exploring Maine woods, trails, mountains, and waterways Angela can be found plotting and planning her next adventure or buying another backpack. (Because you can never have too many).

For a LIMITED TIME get Free Shipping on all TRAIL ATLASES & BOOKS with code SHIPFREE at checkout! Dismiss